“Yoga is a journey to freedom, inner peace and happiness!”

‘Buddha’ is the masculine form of Buddhi – which means intelligence, to be awake, to become aware of, to know.

In the individual soul Mahat (cosmic intelligence) is represented as Buddhi (intelligence of the individual soul). It is the power of intelligence in us through which we can discern truth from untruth and the eternal from the temporary. Buddhi is the key faculty of our nature through which we can discover the real nature of things, apart from their changing appearance. Buddhi is the part of the mind that can become awake and enlightened once it is purified and redirected from outer attachments to the ‘True Self’.

Enlightenment starts in the heart space (growing of the heart Lotus). The spiritual heart is like a door towards the light – once opened, the light shines within you and around you. It draws you deeper and deeper into self-discovery, removing imprints and allowing you to observe and participate in life with a calm, peaceful, content and accepting mind… Life itself is the adventure! See how it unfolds.

Yoga is the path of unlocking the heart-space and connecting to Buddhi for developing equanimity and balance of mind for self-realisation.

The studio is created in a neutral way to make you feel one with nature – allowing you to turn your awareness inwards for release and rejuvenation to happen. Nature and images of it bring the mind to rest and make you feel at home in yourself.

While building the studio, we set a crystalline grid (9 crystals) into the wooden foundations of the studio. Clear Quartz Crystals are programmable. Therefore, allowing me to “programme” the studio every month for the specific theme we’re working on in the yoga and meditation classes. To support and awaken these aspects within one.

AfroBuddha is about Satsang “To be in the company of true people”. Creating a neutral space, free of ego where people can meet, connect and exchange. There will be always time and space for a chat after the classes.

The ‘Afro’ represents Africa as we are situated in the Mother City of Cape Town, South Africa.

In ‘AfroBuddha’, Africa meets Eastern philosophy and it symbolises the yoga path and enlightenment as its goal can be practised and realised by everyone – no matter of culture, race or religion. 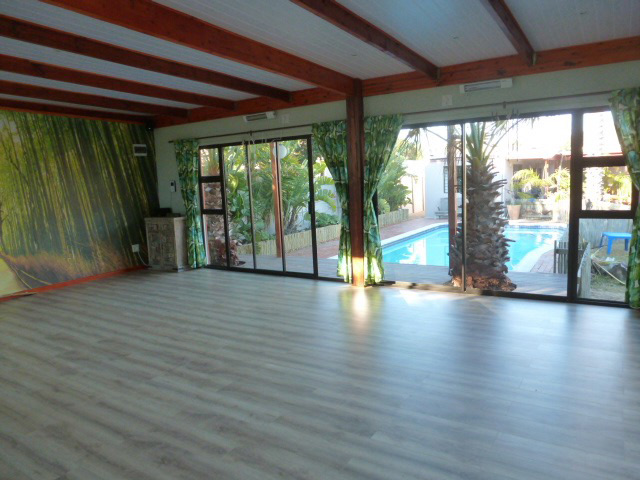 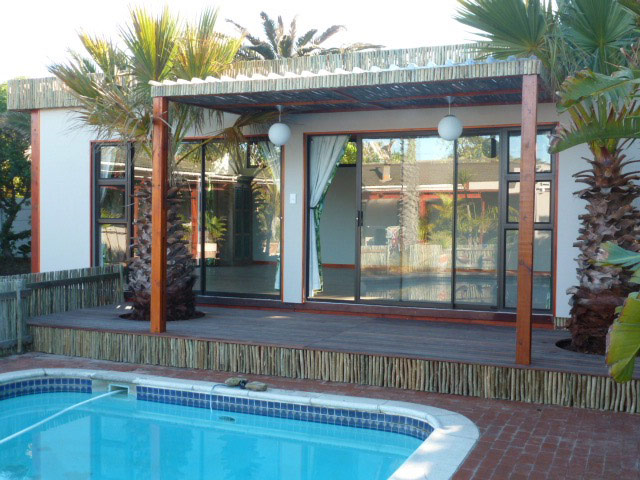 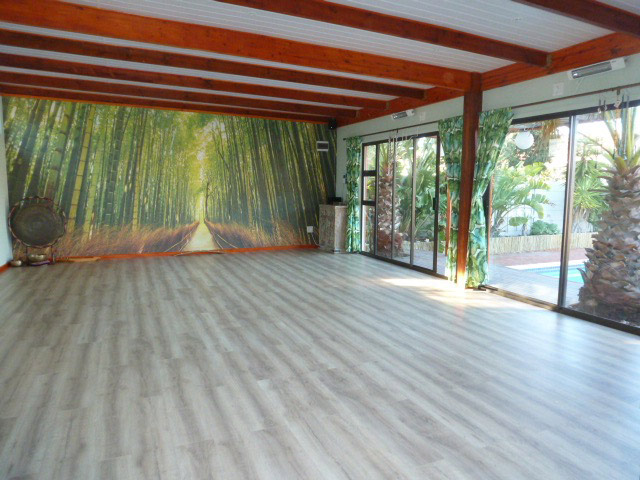 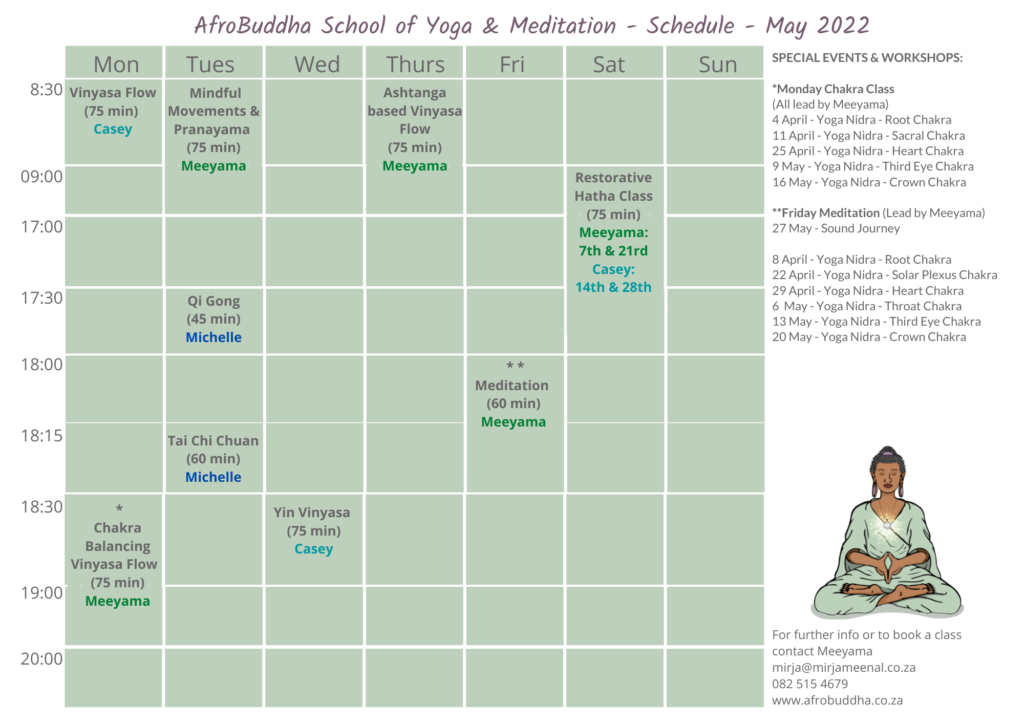 More about our classes

This is a powerful and playful flowing yoga practice, which focusses on the synchronisation of movement and breath. Ashtanga yoga creates heat in the body and strengthens the body while stilling the mind.

Combination of Ashtanga and Shakti Flow:

We will incorporate free movements into an Ashtanga based class. This class will leave you with a sense of childlike lightness and ease. It will bring more joy and freedom into the seriousness of traditional Ashtanga. Free movements support the release of deep rooted tension and trauma and supports the unleashing of our birth right – joy!

The meditation technique will change each month. Please check the website for further information with regards to the monthly meditation. And I’ll also write a monthly newsletter for the meditation and special events.

In this class we flow in a playful way through yoga poses, energizing the body and detoxifying it through creating heat in the body. Body, mind and breath move together in perfect harmony.

This class combines the relaxing and stretching principles of Yin Yoga with the playful and energizing aspects of a Vinyasa Flow practice. It focusses on creating deep body experiences and supports a letting go of old trauma and patterns that we carry in our physical body.

Yoga Therapy Classes have different themes every month. We will use Yoga Posture, Breathing Exercises and Yoga Nidra in these classes to release accumulated stress and tension. You’ll leave the studio relaxed and recharged 🙂

This class is suitable for all levels.

It is a class where you learn to step more into the healing and spiritual aspect of yoga, using Asana (Yoga Posture), Pranayama (Breathing Exercise), Kriya (Cleansing techniques for body and mind) and Meditation. Kriya Yoga has a millennia old tradition from the Himalayan Region. It offers amazingly powerful tools to release physical and emotional/mental tension. It removes root causes of disharmony out of our system and brings balance into the whole body-mind-soul-complex. In Kriya Yoga we use Asana (Yoga postures), Pranayama (Breathing exercises), Kriya (special cleansing techniques) and Meditation. With the use of these techniques, we remove step-by-step stored trauma, stress and tension out of our body memory and our mind, creating a calm and balanced personality. Just in this state, we are able to really use the power of meditation, which is part of higher Kriya Yoga, to eradicate subconscious imprints (samskaras) out of our karmic/causal body. These imprints are so deep ingrained into our system that they work like an automatic program. That is why we often experience that our “buttons” get pushed and a program unfolds without us being able to stop it… In order to become free and non-reactive to our environment, we need to remove/purify these imprints that they lose their power over us. This is the process which frees us and will bring peace, happiness and freedom into our lives.

Kriya Yoga is slow and suitable for all levels.

Tai Chi Chuan was developed approximately 1000 years ago during the Tang Dynasty and derived from the three main philosophies of Chinese culture – Taoism, Confucianism and Buddhism.

There are a few styles of Tai Chi Chuan which look different; however the most important factor is that they all follow the same principles of this internal movement.

The main idea of practicing was to protect oneself against the changing environments and illness by maintaining equilibrium and harmony within the body and its environment.

One of the most widely practiced forms came from the Yang family and is referred to as the Yang Style Form.

Yang Cheng Fu was the first to offer the teachings outside of the family after several centuries and accepted Chen Man Ching as his student.

Chen Man Ching studied with Yang Chen Fu for many years before he started his teachings on his own.

Over time he shortened this form and developed the “Short Form” as it is referred to today which takes between 6 – 10 minutes to complete.

Chen then moved to Formosa where he took on several students, one being Grand Master Feng Chao Lin.

Today under the auspices of Grand Master Feng Chao Lin we are receiving his Self-Nature Tai Chi teachings.

We are discovering the true application of Tai Chi and understanding that the practice of this art form is a journey in self-discovery.

Tai Chi is something that can be practiced by anyone; however it is only through the continuous practice and effort that true benefits are experienced. What you put in, you will get out.

Qi Gong follows the same principles as Tai Chi Chuan. It is slightly easier to follow in the beginning as it is a bit slower and concentrates on cultivating internal energy.

The student has time to become accustomed to their own bodies and the movements therein.

Through the diligent practice of Tai Chi one discovers how to relax. Once you relax the breath becomes deep and even which regulates the nervousness system and encourages the metabolism.

This harmonious state allows for smooth body functions and better circulation. The concentration that is required during the practice helps the mind to be attentive rather than wondering off with random thoughts.

The musculoskeletal, neural, organ and mental systems are all benefited and learn to work in an organic synergy resulting in superior health.

I teach one-on-one Yoga Therapy. A therapeutic yoga session is specially formulated according to your needs and will always include; Asana (yoga poses), Pranayama (breathing exercises) and deep relaxation methods (like Yoga Nidra or healing sounds).

The approach in Yoga Therapy is, that most of our diseases are related to tensions and stress which we accumulate throughout our lives.

The tension manifests, if not released, in our physical body in the form of different diseases.

I’m also available for one-on-one classes, using any of my techniques or practises. for working on specific topics in yoga (like preparing and learning a headstand for example) or you may bring a small group of people with similar needs where I could teach a personalised yoga class.

Using sound and breath the body relaxes into itself and becomes a fertile ground for calmness, clarity, healing and transformation.
It has the power to release deep rooted trauma out of our cellular memory, bringing our cells and our whole system into balance.

Using Tibetan Singing Bowls, Crystal Bowls, Gongs, Wind Chimes and Tuning Forks on and around your body. With the sound and vibrations penetrating the body, it relaxes into itself and becomes a fertile ground for calmness, clarity, healing and transformation.
It has the power to release deep rooted trauma out of our cellular memory, bringing our cells and our whole system into balance. 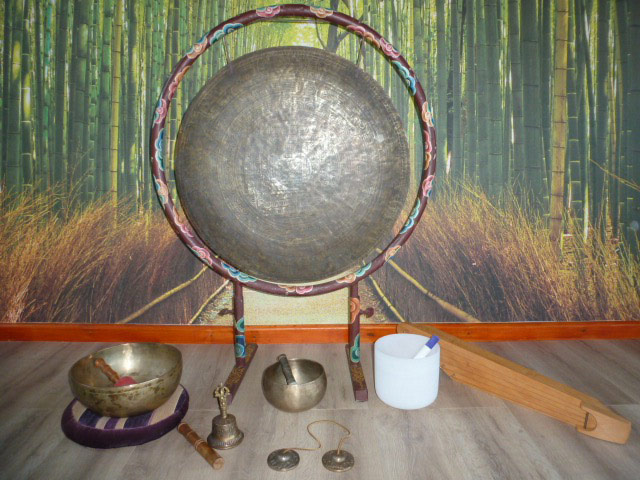 Yoga Nidra is a deep relaxation technique leading to meditation. In this state of deep relaxation, we connect to our subconscious and unconscious mind, in a very receptive way – releasing deep-rooted tensions layer by layer, allowing transformation from deep within to happen.

Yoga Nidra is part of every Yoga Therapy as it is a deep and extremely relaxing method to release tension and work on a specific resolution. [read more=”Click Here to Read More” less=”Click Here to Read Less”]We store the tension in the muscular, emotional and mental system of our body so they get stored in different layers of our personality.

Yoga Nidra is a way to release these deep rooted tensions layer by layer.

The practice of Yoga Nidra assists in preventing possible diseases and helps to heal ourselves through deep relaxation and release.

One could say that Yoga Nidra cleanses your body, mind and spirit. Yoga Nidra has the power to transform one’s personality.

In India, they use Yoga Nidra in prisons to help rehabilitate and transform the lives of the prisoners. There have been remarkable results from using this technique.

For example, if somebody knows consciously that he shouldn’t steal, but doesn’t feel it in his heart, he’s going to keep on stealing. But if one feels inside that one can’t steal, one doesn’t steal.

This is exately what Yoga Nidra does – It changes you from inside out. In this example Yoga Nidra got used in a manipulative way.

But I’m not going to manipulate any thoughts in other minds. The approach I learned is, that every participant is responsible for his own seed he wants to sow inside.

So because Yoga Nidra has the power transform, every teacher must be aware of ethical guidelines not to manipulate the growth of the students. Yoga Nidra means ‘sleep with a trace of awareness’. It is a state between wakefulness and dream.

Yoga Nidra means ‘sleep with a trace of awareness’. It is a state between wakefulness and dream.

In this state, we are opening deeper dimensions of our mind – and we connect to both our subconscious and unconscious mind.

This state of mind is very receptive, so if you plant thoughts or feelings into your mind at this receptive state, you can slowly start to live them from inside out.

The Sankalpa (the resolve), which one makes during the practice, plays an important role in Yoga Nidra to help transform oneself.

We set the same resolve two times during the practice. The resolve at the beginning is like sowing the seed and the resolve stated at the end is like watering the seed.